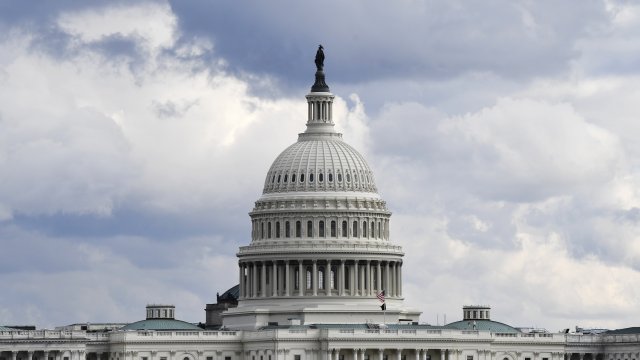 SMS
Democrats Will Retain Majority In House
By Newsy Staff
By Newsy Staff
November 11, 2020
It's still uncertain if they'll take control of the Senate, a major party goal heading into the 2020 elections.
SHOW TRANSCRIPT

House Democrats have officially clinched two more years in the majority. According to The Associated Press, Democrats have secured at least 218 seats in the House, the minimum needed to control the chamber.

They could win a few more seats, but their majority will be more narrow than it's been for the last two years. Republicans were able to flip multiple House seats after Democrats made huge gains two years ago.

In the Senate, Republicans secured another seat. Democrat Cal Cunningham conceded to incumbent Republican Sen. Thom Tillis in North Carolina. The win gives Republicans a 49-48 advantage and puts more focus on Georgia. The state will have two runoff elections in January, which will determine control in the chamber.