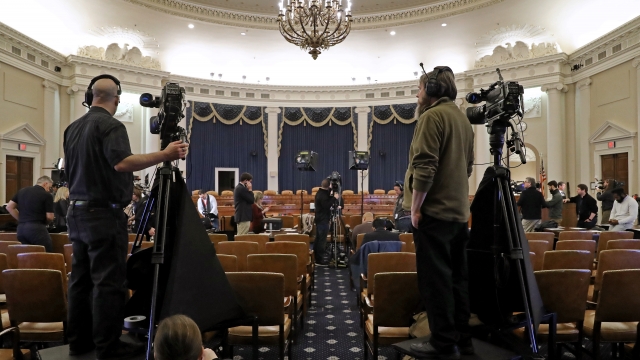 Democrats circulated a memo on Tuesday to "debunk" the Republicans' strategy to defend President Donald Trump against impeachment.

But Democrats argue in their opposing memo that the call showed "clear evidence of pressure and conditionality." They go on to explain that multiple U.S. officials have testified that the call and meetings before and after the call "established a clear campaign of extortion."

2. The Republicans say was both Zelenskyy and President Trump say there was no pressure to investigate former Vice President Joe Biden and his son, Hunter Biden.

The Democrats responded that Zelenskyy can't "be expected to publicly acknowledge" Trump pressured him because it'd be "the very type of corrupt investigations the Ukrainian president promised to end in his country."

3. Republicans say Zelenskyy was unaware "of the hold on U.S. assistance" during that July 25 call.

But Democrats argue that two U.S. officials testified Ukraine did know about the hold before it became public.

And 4. The Republicans' final point was the U.S. lifted that assistance hold on Sept. 11. But Democrats disagree and say the president didn't lift the hold, and it only happened because Congress passed a law to make sure the funds didn't expire.

Democrats made two additional points at the bottom of their memo, saying that President Trump withheld a White House meeting with Zelenskyy and that Ukraine is "currently following Trump's order in reviewing past investigations."