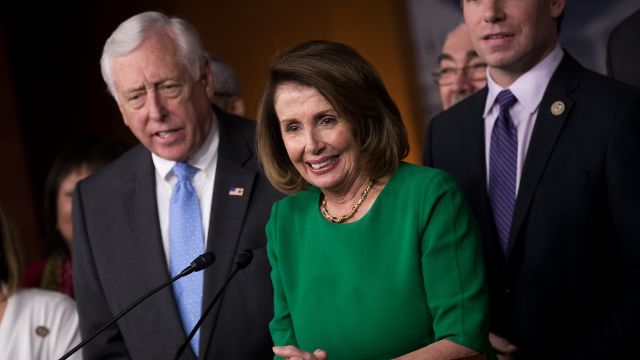 SMS
Democrats' Obamacare Celebrations Might Be Short-Lived
By Matt Picht
By Matt Picht
March 24, 2017
Republicans failed to pass a replacement for Obamacare, but the health care political fight is still far from over.
SHOW TRANSCRIPT

House Democrats had good reason to smile Friday — the Republican plan to replace Obamacare is dead, at least for now.

House Speaker Paul Ryan says Obamacare will stick around for the foreseeable future, and President Trump wants to move on to other issues.

But if Republicans have their way, the Democrats' victory might be short-lived.

Trump told reporters, "I think what will happen is Obamacare unfortunately will explode. It's going to have a very bad year."

And Ryan remarked, "I think we were doing the architects of Obama a favor by passing this law before it gets even worse. Well, I guess that favor's not going to be given to them, and it's going to get even worse." 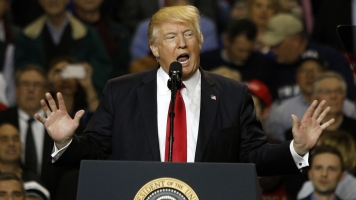 In lieu of replacing Obamacare, Republicans seem to want to simply go back to attacking Democrats for the law's failings.

And Trump can still take some executive actions to weaken Obamacare. One of his first acts in office effectively suspended enforcement of the law's individual mandate.

And while the GOP may have moved on from health care reform, it's still an issue many Democrats want to address.

"I hope that we can work with the administration and with the other side and not just abandon this effort, and not make efforts to destroy indirectly what we did not destroy directly today," Democratic Whip Steny Hoyer said.