Democrats Call On Trump To Cancel Summit With Putin 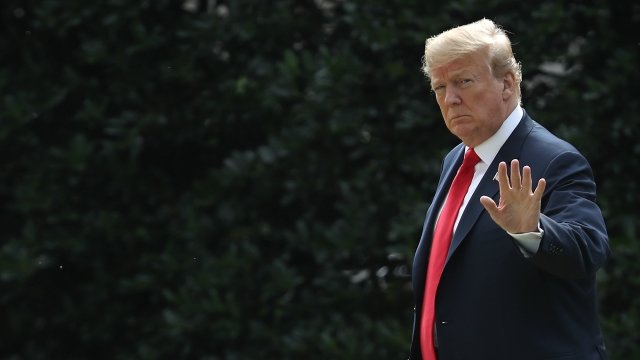 A number of lawmakers are calling on President Donald Trump to cancel his summit with Vladimir Putin.

The planned meeting with the Russian president has been heavily criticized since it was scheduled. But on Friday, special counsel Robert Mueller announced the indictment of 12 Russian intelligence officers for hacking into the Democratic National Committee in an attempt to influence the 2016 presidential election.

Multiple Democrats, including party leaders Nancy Pelosi and Chuck Schumer, said Trump should cancel the summit. Republicans were mostly silent on the matter.

Trump has said he would ask Putin about election meddling during the summit. But Trump has also repeatedly said he takes Putin at his word when he denies any involvement.

Trump and Putin are scheduled to meet in Finland on Monday.