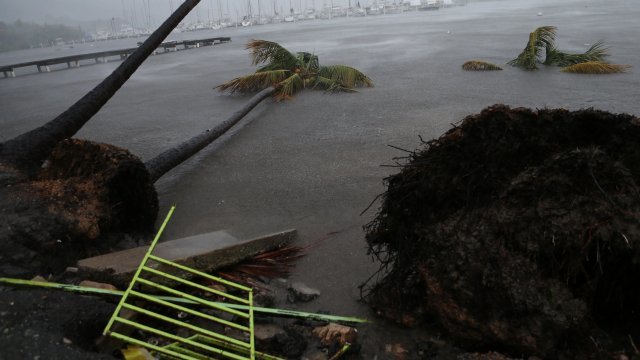 SMS
Democrats Renew Call For Probe Into Puerto Rico Hurricane Response
By Briana Koeneman
By Briana Koeneman
January 8, 2019
Sen. Kirsten Gillibrand is reintroducing a bill that would establish a commission to investigate the federal response to hurricanes Irma and Maria.
SHOW TRANSCRIPT

Democrats are renewing their call for a probe into the Trump administration's response to hurricanes Irma and Maria in Puerto Rico.

Sen. Kirsten Gillibrand said Monday she's reintroducing a bill that would establish an independent commission to investigate the federal response to the devastating hurricanes, which wreaked havoc on Puerto Rico in 2017.

She said in a statement: "The storms were bad enough, but the government's response to them was truly horrific, and we need to get to the bottom of exactly what went so terribly wrong."

The proposed legislation would look at several factors that affect the government's disaster response, including death toll accuracy and methodology, federal preparedness guidelines issued ahead of the hurricane season, and the vulnerability of Puerto Rico's economic situation.

Gillibrand, along with several other congressional Democrats, first introduced the bill in June 2018.