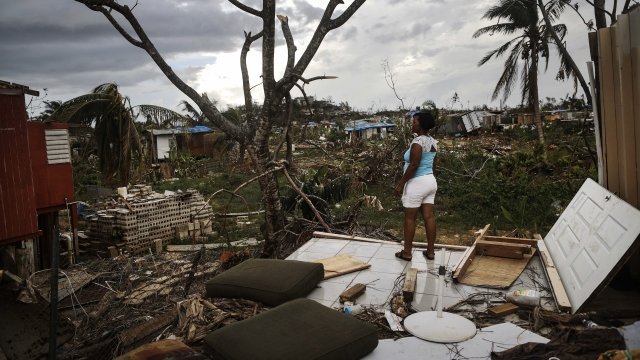 SMS
Democratic Lawmakers Call For Federal Process To Calculate Death Tolls
By Briana Koeneman
By Briana Koeneman
June 12, 2018
The move is in response to research that suggests the number of people killed by Hurricane Maria in Puerto Rico is higher than the official count.
SHOW TRANSCRIPT

Democratic lawmakers have unveiled new legislation that would create a standard federal process to calculate death tolls after natural disasters.

The lawmakers said in a press release an accurate death count is necessary when it comes to allocating federal aid and ensuring an improved federal response.

As Sen. Harris said, "The ability to accurately count victims of natural disasters will give accurate information to grieving communities, and help us understand how we can mitigate the damage of future disasters."

The move is in response to new research that suggests the number of people killed by Hurricane Maria in Puerto Rico is actually much higher than the official death toll claims.

According to a study published in late May, more than 4,600 people may have died after the massive storm made landfall. The country's official death toll is only 64.