Democrats Blast NRA For Opposition To Violence Against Women Act 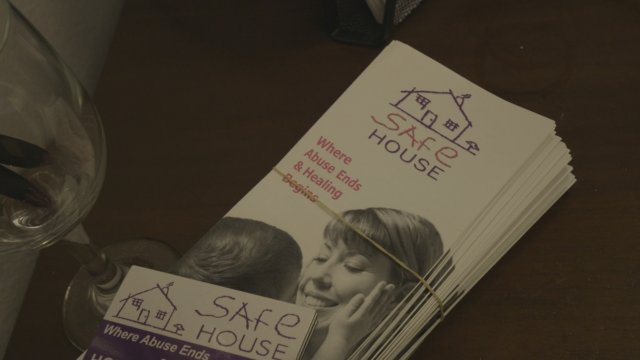 Reauthorizing the Violence Against Women Act or VAWA, might seem like a done deal for Congress, but new concerns over gun rights could stand in the way. The National Rifle Association isn't supporting the latest version of the law because of a new provision that would close the so-called "boyfriend loophole."

"A man beats his wife. He will be convicted of domestic violence. A boyfriend beats his girlfriend, it'll be battery maybe and that's it. He can still go out and get a gun in some states," explained Deanna McCool, an advocate at S.A.F.E. House in Henderson, Nevada.

Right now people convicted of domestic abuse are barred from buying or owning a firearm — but only if they either have been married to the victim or lived with them at some point. Democrats in Congress are trying to extend this to current or former boyfriends and stalkers. It's a battle they're eager to wage with the NRA.

Speaker of the House Nancy Pelosi tweeted: "Members have a decision to make: will they protect survivors of stalking & domestic abuse? Or are they willing to allow their convicted stalkers & abusers to have access to firearms?"

The Violence Against Women Act lapsed during the government shutdown in February. Its reauthorization comes at a time when Democrats, and even some Republicans, are open to gun reform. The Democratic-led House has already passed multiple pieces of legislation and the Republican-controlled Senate just held a hearing on extreme risk protection orders, which in part, would allow the temporary removal of guns from domestic violence situations.

McCool helps domestic violence survivors handle their situation and ultimately leave their abuser. She says these problems aren't rare. Everytown for Gun Safety reports on average, 50 women per month are shot to death by intimate partners.

Among other things, the bill would also provide resources to train first responders and law enforcement when they arrive in a hostile situation. This is something Congresswoman Katie Porter knows about first hand.

"The first time I called for help, the officer who responded told me that if I called for protection again my children would be taken away from me," the Congresswoman explained at a recent press conference. "I waited weeks but I did have to call for help again. But when I did it was a huge difference. The officer told me I was brave and he helped me."

The original 1994 law, drafted by then Senator Joe Biden, was passed by a bipartisan majority but it's become more of a partisan issue in the years it's been reauthorized. Parts were struck down by the Supreme Court. Voting on the reauthorization is scheduled for later this week.