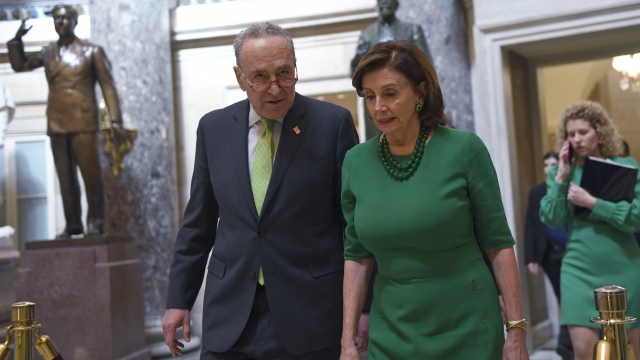 U.S. lawmakers are working on drafting a possible fourth coronavirus stimulus package that could be approved as early as this week – if leaders can agree on what goes in it.

"We were very proud to be able to pass bipartisan legislation - three bills in the month of March. But it was clear, even as we passed the last bill, that it would not be enough," House Speaker Nancy Pelosi told CNN.

Leaders of both parties support the idea of providing more money to small businesses through the Paycheck Protection Program.

But there's been such high demand for the loans, that Treasury Secretary Steven Mnuchin now says another $250 billion is needed for the program. And President Trump has officially asked Congress for the money.

But Senate Majority Leader Mitch McConnell's already warned "there is no realistic chance that another sprawling bill" could win unanimous consent in the House or Senate.

Unanimous consent may not end up being an option, though. Rep. Thomas Massie's already signaled he's willing to force lawmakers to fly back to Washington, D.C. to vote in person on the possible measure.