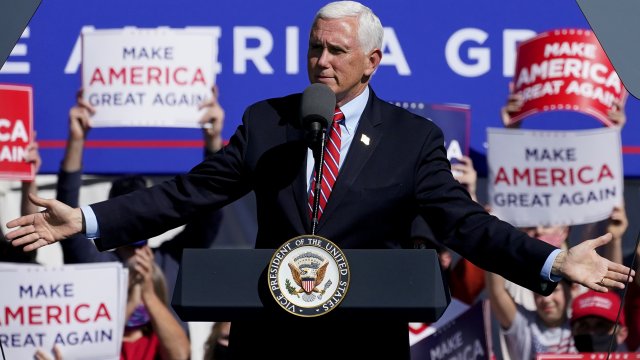 SMS
Letter Asks DHS To Stop Migrant Expulsions Based On COVID Orders
By Newsy Staff
By Newsy Staff
November 3, 2020
The Trump administration has expelled around 197,000 asylum-seekers and migrants under emergency powers invoked during the pandemic.
SHOW TRANSCRIPT

A group of Democratic lawmakers is calling on the Trump administration to stop expelling asylum-seekers at the U.S. border using emergency powers invoked during the pandemic.

Fifty-eight lawmakers signed the letter addressed to the acting Department of Homeland Security secretary and head of the CDC.

This follows reporting from The Associated Press that Vice President Mike Pence directed the CDC to close the U.S. land borders to immigrants and asylum-seekers after the CDC official who would normally do so refused.

Under the order, more than 197,000 migrants, some of them children, have been expelled.