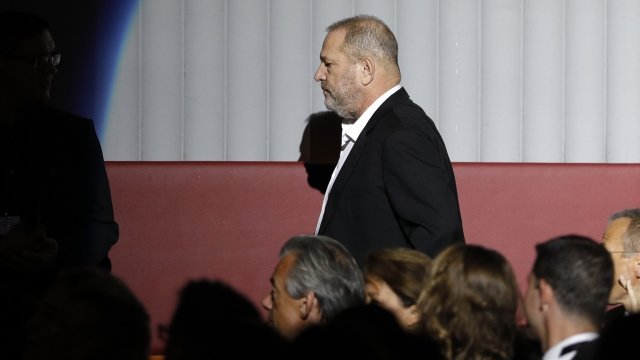 Following a slew of sexual harassment and assault allegations, Democrats are distancing themselves from longtime donor Harvey Weinstein.

Some candidates and organizations are giving the film mogul's money away — specifically, to women.

Sen. Patrick Leahy was reportedly the first Democrat to give away a donation. His campaign manager said he would give Weinstein's $5,600 in re-election contributions to the Change the Story Initiative, which works to improve women's economic status in Vermont.

A spokeswoman for Sen. Kirsten Gillibrand, a vocal advocate for sexual assault survivors, said Gillibrand would donate $11,800 to the Rape, Abuse & Incest National Network. Other Democrats, like Sens. Elizabeth Warren, Cory Booker, Richard Blumenthal, Martin Heinrich and Al Franken, have also given Weinstein's contributions to women's charities. Many of the charities support survivors of sexual assault.

The communications director for the Democratic National Committee said in a statement: "The Democratic party condemns all forms of sexual harassment and assault." The committee says it will donate the more than $30,000 Weinstein contributed last year to Emily's List, Emerge America and Higher Heights. Each of those organizations supports women going into politics.