Democrats And Republicans Still Battling Over Control Of Congress 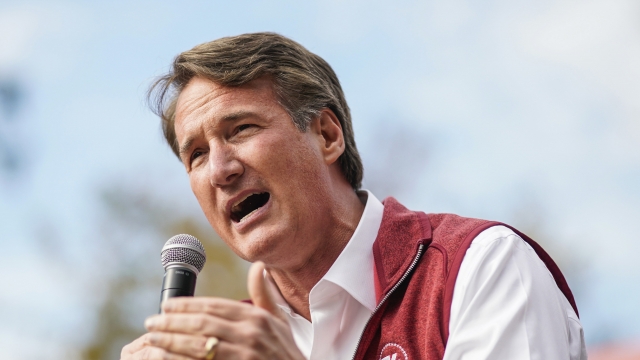 As the final races play out, Americans are taking stock of the results we have so far and what it could mean for the future and democracy.

It may not have been written in black and white, but in the midterm battle between red and blue, democracy was clearly on the ballot.

"I usually just do presidential elections, but I felt like it was really important to come out this year and give my two cents," said Paige Cuomo, a Wisconsin voter.

Voters say the top issues that influenced how they voted were the struggling economy and inflation. But 44% of voters surveyed say their primary concern was the future of democracy.

"We know democracy is at risk. We also know this. It's within our power, each and every one of us to preserve our democracy," said President Joe Biden.

In a politically-fractured country, unfounded skepticism of the 2020 election seemed part of a winning midterm strategy. According to a New York Times analysis, more than 210 Republicans questioned the election results won their races for state and federal offices.

"I sure hope I can, but I can't predict what the Democrats might have planned," said Sen. Johnson.

In Ohio, Congressman Tim Ryan took his loss as a defense of democracy.

"I have the privilege to concede this race to J.D. Vance. Because the way this country operates is that when you lose an election, you concede. And you respect, you respect the will of the people," said Ryan.

Then there were glitchy voting machines in Arizona, Republicans sued Maricopa County, but the lawsuit was thrown out and the Republican in charge of county elections insists the election was secure.

"There is no perfect election. Yesterday was not a perfect election, but again, we will learn from it and do better," said Bill Gates, the Board of Supervisors chairman.

But for the voters who turned out in strong numbers, refused to vote down party lines and defied fears of intimidation and election mischief. It was a day when democracy seemed to work and its death seemed to be greatly exaggerated.

"I'm just hoping that we can all just kinda like regroup, like regroup and just kinda come back together, figure it out, work on both sides of the aisle, get things done," said Cuomo.

Amid all the bitter feelings around the election, the Republican governor of Virginia sent a personal note to the GOP’s top foil — Nancy Pelosi — apologizing for making light of the attack on her husband Paul.