What To Expect In The Democratic Response After Trump's SOTU Address 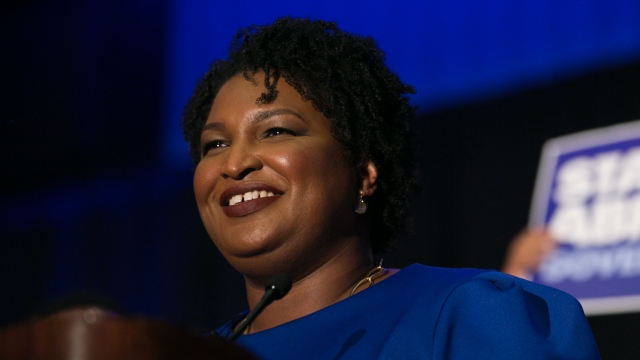 For the first time in history an African-American woman will give the response to the annual State of the Union Address.

Stacey Abrams, who lost in Georgia's governor's race last year to Republican Brian Kemp will give the Democratic response from Atlanta. Todd Belt, a political scientist at the George Washington University, anticipates the Democrats are moving to appeal to women and women of color with a focus on growing their voting share in the Southeast.

"The Democrats are looking to make inroads into the south and they've been picking up vote share, they haven't been winning outright so much but we might remember Barack Obama won North Carolina once, carried Virginia twice," Belt said. "Georgia has been trending more Democratic."

Minority voter turnout could be key to the presidency in 2020. Abrams is also expected to touch on key Democratic priorities during her speech.

Belt says Democrats will need to focus on the issues that could resonate with their key constituents.

Race and identity politics are also likely to come up: the party is still dealing with the fallout over a racist photo on Virginia Governor Ralph Northam's 1984 yearbook page. Abrams could use the response to distance the Democrats from that scandal and affirm the party's support for oppressed minority groups.

Abrams is currently being courted to run against Georgia Senator David Perdue in 2020. How well this speech goes down with the public could make or break those ambitions.

"These speeches can break people too, maybe not completely but it can put a lot of their electoral hopes into jeopardy," Belt added. "We saw how Marco Rubio, just grabbing a water bottle of all things, that sort of really was something that he couldn't shake for quite some time so there is a lot of risk in being put on the national stage."