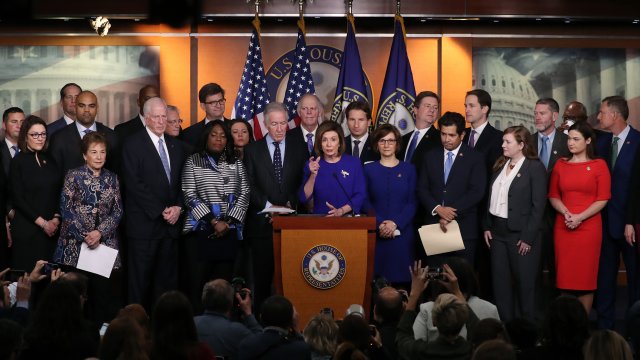 "There's no question, of course, that this trade agreement is much better than NAFTA. But in terms of our work here, it is infinitely better than what was initially proposed by the administration," Pelosi said.

House Democrats have agreed to put their stamp of approval on a new version of the U.S.-Mexico-Canada Agreement, or USMCA.

Democrats were concerned about the agreement's enforcement of environmental standards and labor laws. Pelosi previously said the House wouldn't even consider a vote on the USMCA until Mexico moves forward on legislation to protect workers' rights.

Mexico's Undersecretary for North America and U.S. Trade Representative Robert Lighthizer met to negotiate the deal over the past few days.

From here, the agreement will be brought to the House floor for a vote, then to the Senate. If it's approved by Congress, it will replace the North American Free Trade Agreement.