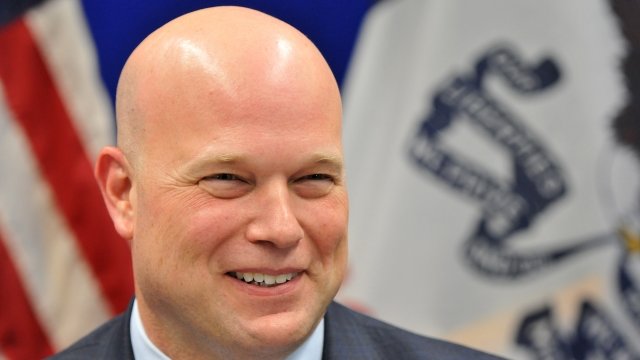 By Cristina Mutchler
November 19, 2018
The lawmakers claim Whitaker's appointment to temporarily lead the DOJ is unconstitutional because he wasn't confirmed by the Senate.
SHOW TRANSCRIPT

On Monday, three Democratic senators announced they've filed a lawsuit asking a federal judge to remove Whitaker from the position.

Sens. Richard Blumenthal, Mazie Hirono and Sheldon Whitehouse said in a statement that because Whitaker wasn't confirmed by the Senate, his appointment violates the U.S. Constitution.

Both the state of Maryland and a Constitutional law attorney have challenged the decision in separate cases.

Last week, the Justice Department released a memo defending the appointment. According to the DOJ, because Whitaker is only serving on a temporary basis, there's no Senate confirmation requirement.

The decision to select Whitaker has sparked concerns about special counsel Robert Mueller's Russia investigation, as both Trump and Whitaker have expressed disapproval of the probe.

So far, the DOJ hasn't responded to the latest suit.