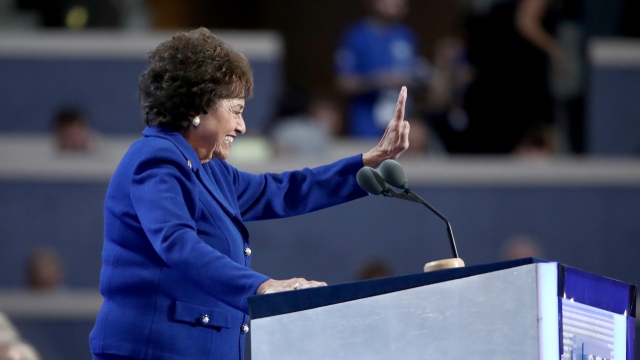 Democratic Representative Nita Lowey announced on Thursday that she will not be seeking re-election in 2020. At 82 years old, Lowey has served in Congress for more than three decades.

She made her announcement during her first term as the only chairwoman ever selected to lead the House Appropriations Committee. During her time in Congress, she's authored the legislation for the .08 drunk driving standard and recently fought to block funding for a border wall.

In a press release, Rep. Lowey said: "I ... will fight vigorously for House Democratic priorities as I negotiate spending bills for fiscal years 2020 and 2021. ... I will continue working as hard as ever – with the same optimism and energy – through the end of this term in Congress."

Multiple lawmakers are expected to seek her spot as committee chair. Rep. Rosa DeLauro, the fifth ranking Democrat on the committee, has already thrown her name in the ring, while others like Rep. David Price reportedly have not ruled out a potential run.

In a statement, House Speaker Nancy Pelosi remarked on Rep. Lowey's legacy in Congress. She said: "Chairwoman Lowey has not only made history – she has also made a difference for future generations, through her persistent, principled work to ensure that our budgets are a statement of our values."

'There Absolutely Will Be Iranian Retaliation,' Former Diplomat Says