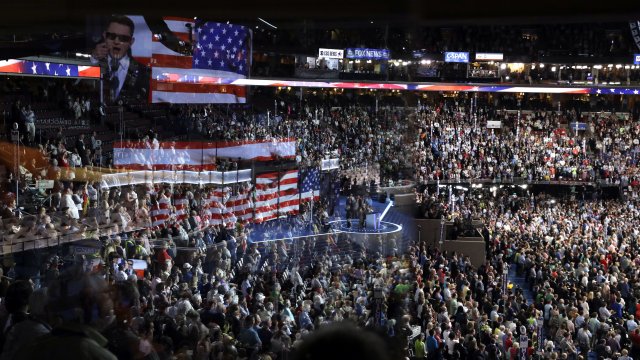 The Democratic National Convention has been rescheduled due to the coronavirus pandemic.

The Democratic National Convention Committee announced the convention will now take place the week of August 17 in Milwaukee, which gives event planners more time to "determine the most appropriate structure."

On top of the delay, a DNC official told Politico they're looking for ways to downscale the convention and avoid throwing a "lavish" event amid a serious economic crisis.

The move comes not long after Democratic presidential hopeful Joe Biden publicly called on the committee to postpone the convention.

Republicans have also been asked to consider pushing back their convention. But the sense of urgency isn't as great, considering the event was already scheduled for late August.