Democratic Debate To Go On As Scheduled Thursday 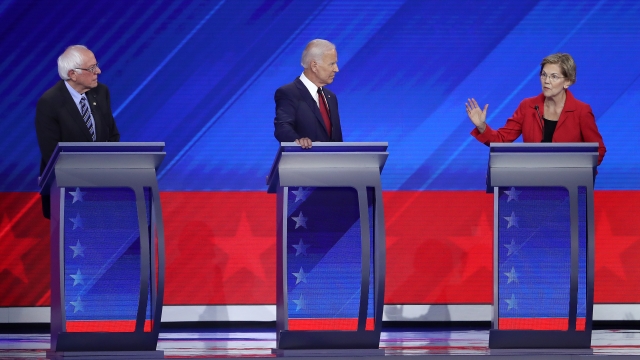 Thursday's Democratic debate at Loyola Marymount University will, in fact, happen after the two sides in a labor dispute holding up the debate reached a tentative deal.

The union Unite Here Local 11 said in a statement Tuesday that an agreement had been reached between the university's cafeteria workers and food services subcontractor Sodexo. The three-year deal would include a 25% pay increase, a significant drop in health care costs and increased job security.

Democratic National Committee Chairman Tom Perez had been diligently working to help the two sides come to an agreement before Thursday. He said of the deal, "Democrats know that when unions succeed, America succeeds."

Last week, all seven of the presidential candidates who had qualified for the debate backed the union and said they would not cross its picket line to participate in the debate.

Sodexo and Unite Here Local 11 have been in negotiations over a collective bargaining agreement for most of the year but used the debate as leverage after Sodexo paused talks last week. The union represents 150 subcontracted Sodexo employees.

Thursday's debate had already been relocated once: The DNC decided not to hold it at UCLA over a similar labor dispute.