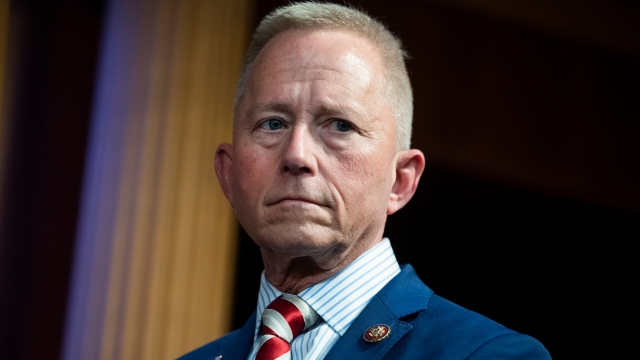 Van Drew, who has strongly opposed the House Democrats' efforts to impeach President Donald Trump, has reportedly been struggling in New Jersey politics. According to CNN, internal polling shows he's lost major support from Democrats in his district and may see a party switch as his best chance at keeping his congressional seat.

Multiple outlets report Van Drew has already met with President Trump to ask for his blessing to switch and that the president reportedly endorsed the idea. Van Drew is expected to make an announcement either before or just after the House votes on articles of impeachment this week.

New Jersey's Democratic governor, Phil Murphy, said in a statement that Van Drew is "willing to enable Donald Trump just to try to salvage his own election." He added: "Betraying our values by siding with Donald Trump is the final straw. This party switch is cynical and desperate, and I am confident that a Democrat who shares the values and priorities of our Democratic Party will hold this seat."

Just last month, Van Drew vowed to remain a Democrat during a teleconference. He said then, "I am absolutely not changing."