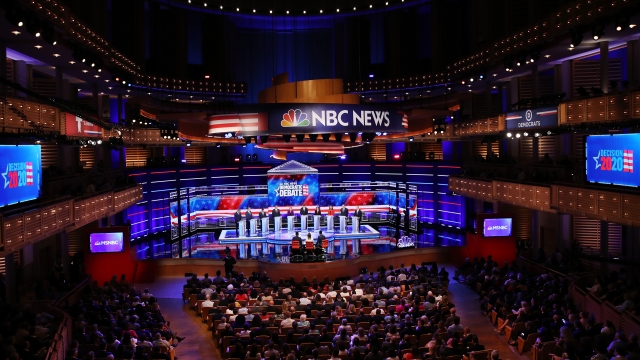 All seven Democratic presidential candidates that have qualified for next week's debate have declared their support for a labor union, and will not participate in the debate if they have to cross the union's picket line.

UNITE HERE Local 11 sent a letter to every Democratic presidential campaign on Friday informing them of an ongoing labor dispute on Loyola Marymount University's campus, the site of next week's debate. Local 11 has been in negotiations since March with Sodexo, a food services subcontractor for the university. It charges that Sodexo recently canceled contract negotiations.

The DNC said in a statement, "We are working with all stakeholders to find an acceptable resolution that meets their needs and is consistent with our values and will enable us to proceed as scheduled with next week's debate."

Meanwhile, Sodexo said in a statement that the company is "100% committed to reaching an agreement, and any statement that we have left the bargaining table is not accurate."

This is not the first time labor issues have affected a Democratic debate. Last month, the DNC had to pull the December debate from its original location, UCLA, because of a similar labor dispute.