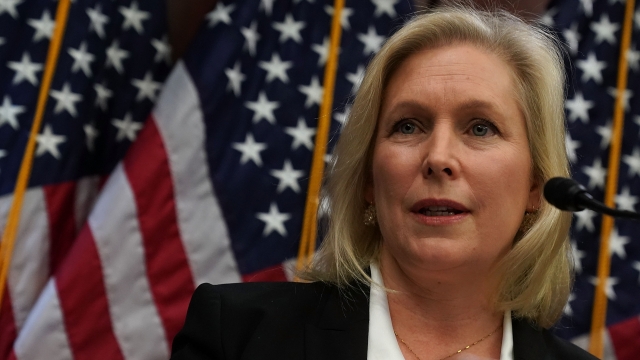 The presidential hopeful is the first 2020 candidate to release her 2018 tax documents.

"I want voters to know that I'm beholden to no one, that my values are not for sale, and that I'm working only for you," said U.S. Sen. Kirsten Gilibrand in a video.

She's the first 2020 presidential candidate to do so, and she's calling on her fellow Democratic candidates to do the same. Gillibrand has made all her returns public dating back to when she was a New York state representative in 2007.

In the past it's generally been the standard for presidents and presidential candidates to release their tax returns. When President Trump broke that tradition in 2016, the topic of disclosing tax information became more significant.

It's likely we'll see more tax returns as we get closer to the 2020 election. Sen. Elizabeth Warren has been releasing her returns annually for a decade but is yet to make her 2018 filing public. Sen. Bernie Sanders pledged to release 10 years of tax returns last month but hasn't yet.