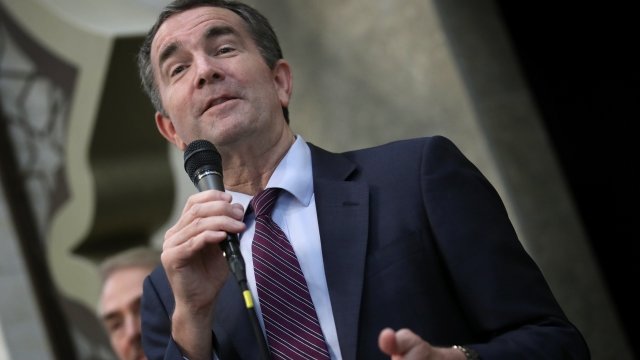 Democratic candidate Ralph Northam will be Virginia's next governor after a closely fought race that put Trump-style politics to the test.

Northam, currently the lieutenant governor, ran to succeed the term-limited incumbent Gov. Terry McAuliffe and campaigned to continue his Democratic policies. He faced off against Ed Gillespie, a former Republican National Committee chairman.

Virginia's gubernatorial race was widely seen as a test for President Donald Trump's agenda — as well as Democrats' answer to it.

Last year, Virginia was the only Southern state to vote blue.

Northam's election could reassure Democrats that they're able to hold their advantages from 2016 and possibly make gains into Republican-dominated areas in future elections.

Northam, a U.S. Army veteran and pediatric neurologist, made it through the primary election due to his appeals to liberal voters and African-Americans.

A Year After Trump's Win, More Women Are Running For Political Office

New Jersey and Virginia are seeing one of the first batches of new women candidates.

Trump said on Twitter electing Northam would "allow crime to be rampant in Virginia." He also said Northam was "anti-Second Amendment," "weak on crime" and "our GREAT VETS."