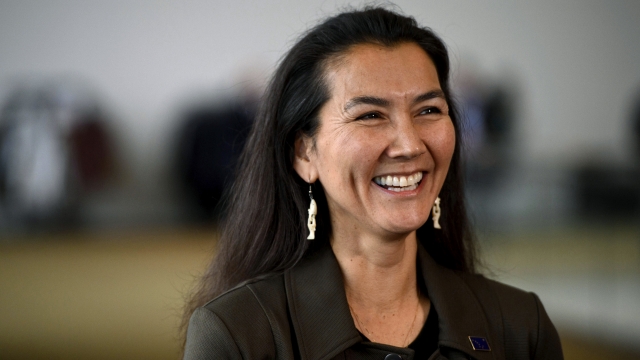 SMS
Democrat Mary Peltola Makes History
By Newsy Staff
By Newsy Staff
September 1, 2022
Peltola, who is Yup’ik, will become the first Alaska Native to serve in the House and the first woman elected to Alaska’s House seat.

For the first time in nearly 50 years, Alaska will have a Democrat representing the state in the House of Representatives.

Peltola will also be the first Alaska Native to be in Congress.

This election used a new system where voters ranked their top three choices of candidates, with the winner needing at least 50% of the vote. If no one received more than half the vote, the candidate in last place is out of the race and the remaining votes from that candidate are given to the other two contenders.

The Congresswoman-Elect tells Newsy she will focus on "getting the lay of the land" during her four months in Congress and attributes her victory to running "a very clean campaign."