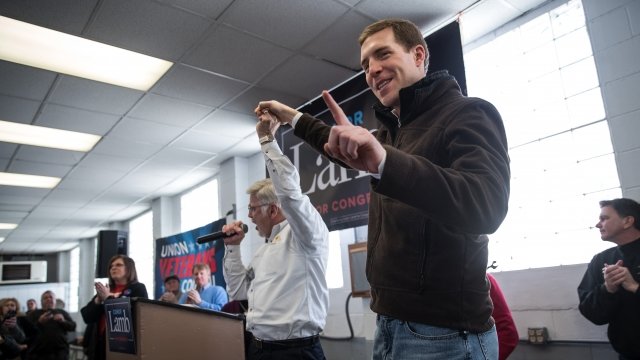 A Democrat has all but officially won Pennsylvania's 18th Congressional District — the first time in years.

Conor Lamb, a homegrown candidate, Marine and former assistant U.S. attorney, has held on to a small but significant lead of 627 votes as reporting hit 100 percent. Technically, there are still absentee, provisional and overseas ballots yet to be counted, but there are only 618 of those.

Lamb ran on a strongly independent campaign, distancing himself from Minority Leader Nancy Pelosi and even saying he wouldn't support her leadership. He voiced his support for the Second Amendment, his personal opposition to abortion and a strong pro-union message.

The upset for Republicans could be worrying for President Donald Trump. He won that district by 20 points, part of his own upset victories in Pennsylvania, Wisconsin and Michigan.