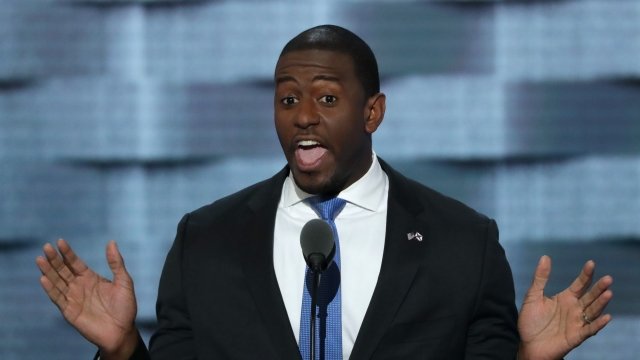 Gillum is the first black gubernatorial nominee in the state of Florida.

The Tallahassee mayor won the support of Sen. Bernie Sanders late in the game. Gillum beat out former Congresswoman and Democratic frontrunner Gwen Graham and five other candidates.

Gillum will face U.S. Rep. Ron DeSantis in the November general election to replace Gov. Rick Scott. Scott has reached his term limit and is now running for Senator.