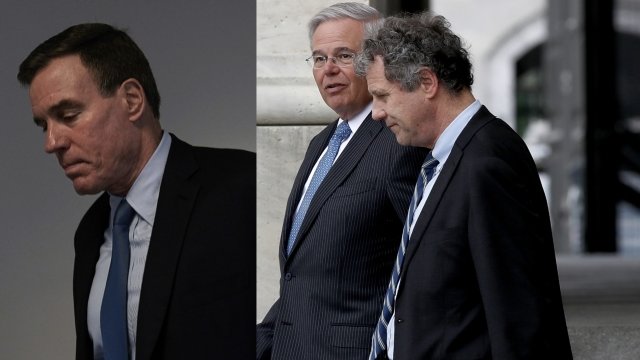 Sens. Robert Menendez, Sherrod Brown and Mark Warner sent a letter to investigators for the State Department, Treasury Department and intelligence community, asking them to find out why.

In August 2017, the president begrudgingly signed a bill into law imposing new sanctions on Russia, Iran and North Korea. And the Trump administration has issued some new Russian sanctions this year.

In March, the Treasury Department sanctioned 24 Russian entities and individuals for their role in worldwide cyberattacks and interfering in the U.S. presidential election. And in April, it sanctioned seven Russian oligarchs and 12 companies they either control or own for other destabilizing actions around the world.

But the senators argue Russia has violated some provisions of our law that should have triggered more sanctions, and they want to know why that didn't happen.