Dem. Says Congress Must 'Tune Out' Noise To Avoid Shutdown 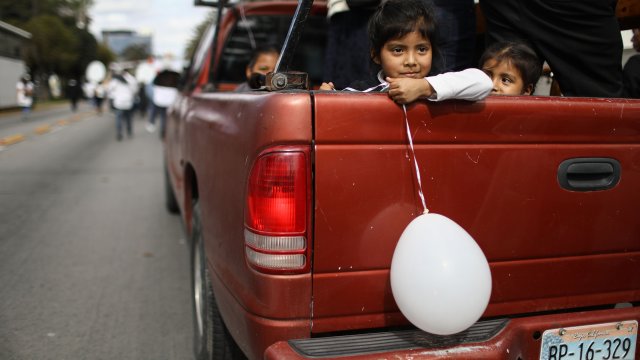 SMS
Dem. Says Congress Must 'Tune Out' Noise To Avoid Shutdown
By Alexandra Miller
By Alexandra Miller
February 8, 2019
Congress has until February 15th to negotiate a deal to avert a second government shutdown in less than two months.
SHOW TRANSCRIPT

Democrats working to avoid another government shutdown say a deal is within reach if both sides can put outside pressures aside. Democratic Rep. Pete Aguilar is part of the 17 member conference committee focusing on reaching a bipartisan border compromise. A key component is the president, who used his State of the Union to double down on the wall.

The California Democrat says he feels most of his Republican colleagues on the committee are paying attention to the committee members and not to the president's commentary. Both sides agree there needs to be funding for technology and for personnel. But one of the hangups is which departments should see increases in their staff.

Democrats are reportedly at odds with their Republican counterparts about increases to ICE officers and border patrol agents. In fact, the Congressional Hispanic Caucus sent a letter to the committee urging them not to make staffing increases when it comes to those groups.  They are also asking that detention facilities not get any increases to their bed count. Aguilar, a member of the caucus himself, says the committee is looking into these requests.