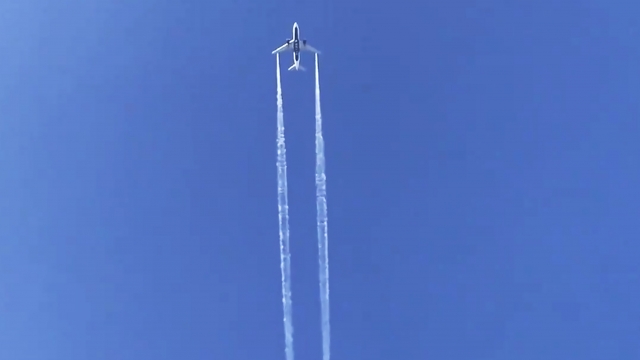 SMS
FAA: Pilots Didn't Tell Air Traffic Control They Needed To Dump Fuel
By Katherine Biek
By Katherine Biek
January 16, 2020
The FAA says protocol is for planes to vent their fuel over unpopulated areas and at a high enough altitude so the fuel can evaporate.
SHOW TRANSCRIPT

The FAA told Newsy that the pilots of a Delta Airlines flight that dumped fuel over a stretch of Los Angeles on Tuesday did not inform air traffic control that they needed to do so.

The plane was forced to return to the Los Angeles International Airport shortly after takeoff because of an engine problem.

It's pretty common for pilots to dump fuel if they're forced to make an emergency landing. It all has to do with the weight of the plane.

Over the course of a flight, fuel is burned off, making the plane lighter and therefore much easier to land. But planes don't usually have enough time to use up their fuel in emergency situations. So short of throwing luggage out of the jet, one quick way to lose the necessary weight is to get rid of fuel.

The FAA says protocol is for planes to vent their fuel over unpopulated areas and at a high enough altitude so the fuel can evaporate before it hits the ground.

But the Delta plane wasn't high enough when it dumped its fuel, causing it to land over a 5-mile stretch — including on multiple schools in the area.

Around 60 people, including children, were treated on the ground for things like skin irritation and breathing problems. No one was hospitalized. The FAA says it's still investigating the incident.