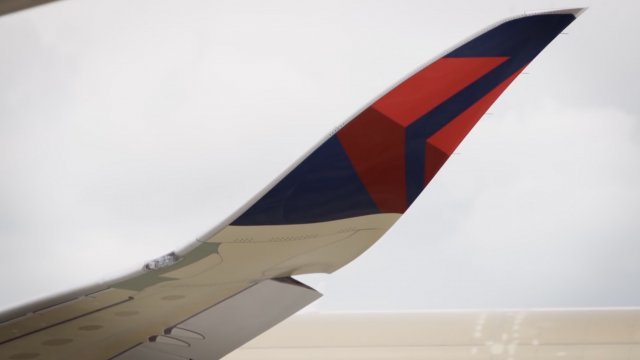 SMS
Delta Will Review 'Politically Divisive' Discounts After NRA Fallout
By Austin Kim
By Austin Kim
March 2, 2018
Delta Air Lines says it's reviewing all its discounts with groups that appear to be "politically divisive."
SHOW TRANSCRIPT

Delta Air Lines says it will look into ending all its discounts with groups that appear to be "politically divisive."

The news was in a company memo from Delta's CEO, who explained why the company is ending discounts for National Rifle Association members. He says Delta ended the travel benefit to remove itself from the political debate surrounding guns and school safety.

A Delta spokesperson told the Atlanta Journal Constitution only 13 passengers had used the NRA discount.

But Georgia lawmakers saw the airline's move to cut ties with the NRA as political. The state legislature responded by voting to remove a large tax break that benefited Delta.

The state's governor signed a state tax bill without the jet fuel exemption on Friday, meaning Delta is projected to lose tens of millions of dollars in savings.

Despite that, the Delta memo says the company will keep its headquarters in Atlanta.