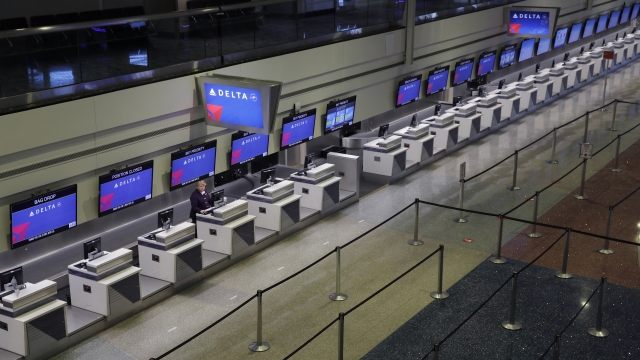 Delta Air Lines reported its second-quarter results, and they're a troubling reminder of the effects the coronavirus pandemic has had on the airline industry.

On Tuesday, CEO Ed Bastian said the company suffered a $5.7 billion loss from April to June due to a 93% drop in passengers. That's Delta's worst loss since the Great Recession in 2008.

As coronavirus cases surge around the country, the airline is doing what it can to shore up its finances. Delta cut the number of flights it planned to add in August by half, from 1,000 to 500. It also says it will continue to space out passengers by blocking off middle seats.

Throughout the pandemic, airlines have had to make substantial cuts to budgets and furlough thousands of employees. But despite its financial losses, Delta says it may be able to avoid that. About 17,000 Delta employees have reportedly signed up for exit deals, such as early retirement. Another 35,000 employees will take unpaid leave this month.

Bastian said it could take more than two years for the airline to recover.