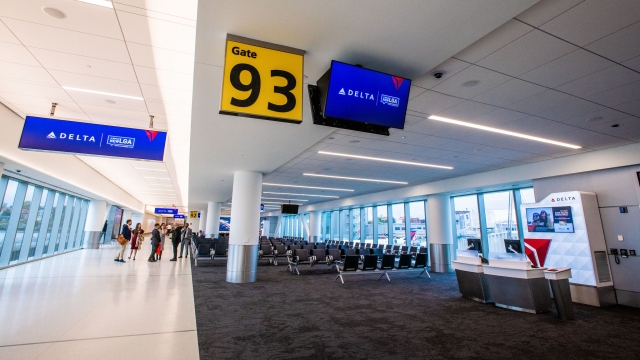 Delta said it saw "more cancellations than new bookings over the next month."

Delta Air Lines is reducing its overall capacity by 40% over the next few months amid the travel decline caused by the coronavirus. Up to 300 aircraft will be parked.

Delta says it's the largest capacity reduction in company history — even larger than in 2001, after the 9/11 terrorist attacks.

President Donald Trump announced travel restrictions Wednesday that ban most foreign nationals from entering the U.S. if they've visited certain European countries in the past 14 days.

Delta called the situation "fluid and likely to be getting worse" and said it saw "more cancellations than new bookings over the next month."

The company announced on Tuesday it was cutting domestic and international flights and planned to institute a hiring freeze and offer some voluntary leave options for employees.

The U.S. Travel Association says President Trump's restrictions on flights from Europe will cost billions of dollars and affect an estimated 850,000 international visitors.

Correction: This story incorrectly said United Airlines was the company instituting the capacity reduction, not Delta. This story has been updated.