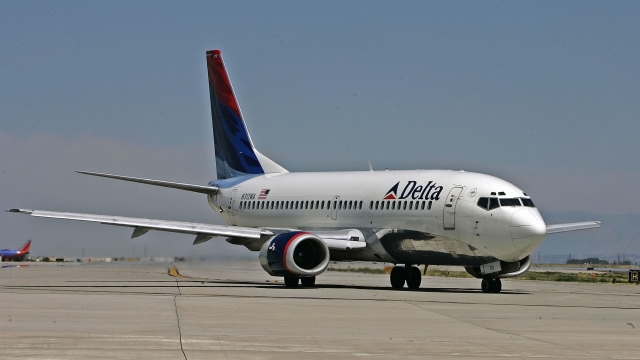 A major airline is getting backlash after booting passengers off a flight.

And no, it's not United this time.

"It's going to be a federal offense and you and your wife will be in jail and your children in foster care," a Delta employee said.

"Okay that's ... oh, okay," said the passenger who was later removed from the plane.

Video of a family being removed from a Delta Air Lines flight last month was just recently uploaded online. And it didn't take long for the footage to go viral.

In the video, you can hear a man arguing with a Delta employee as he sat on a plane that was about to depart from Hawaii to Los Angeles.

The man, identified as Brian Schear, said he bought a seat for his teenage son. But he ended up getting his teen another ticket for an earlier flight so his toddler could have a seat.

But the employee wouldn't allow it, saying the child had to sit in an adult's lap for the entire flight. 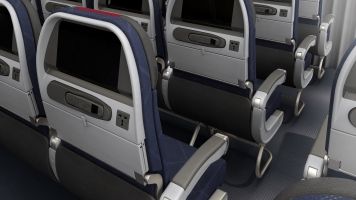 This Airline's Economy Class Is About To Get More Cramped

After some more arguing, Schear ultimately offered to put the child in his lap so the plane could leave.

But the end of the video shows the employee asking him and his family to leave the flight anyway.

According to Delta's infant policy, passengers can buy a seat for a child under the age of 2, as long as they have the "proper child restraint device." And the airline's website even encourages customers to do just that.

Plus, the Federal Aviation Administration says children are much safer when they fly in government-approved restraint systems. Laps, not so much.

The issue here appears to be with the ticket itself. Per Delta's rules, all tickets are nontransferable, and name changes aren't permitted.

Delta has since apologized publicly for the "unfortunate experience." The airline says it has reached out to the Schear family to refund their travel and provide them with additional compensation.