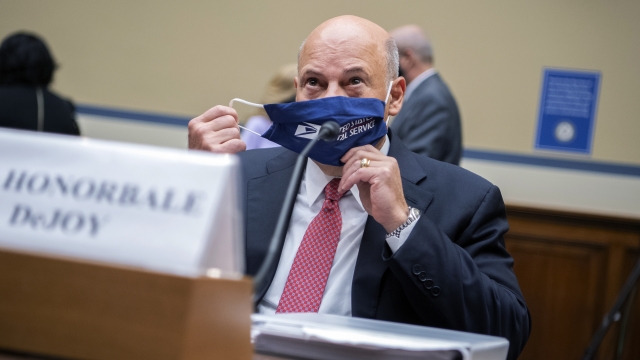 One after another, House Oversight Democrats spent Monday tearing into the new postmaster general, Louis DeJoy.

In DeJoy’s 70-day tenure, the former logistics executive has said cost-cutting and reform are needed in the postal service, and claims recent service delays are being fixed.

He told the committee the postal service is able to handle mail-in voting, but said postal workers would appreciate extra time.

“I encourage all Americans who choose to vote by mail to request their ballots early and to vote early, as a common-sense best practice,” he said.

DeJoy also told the committee he couldn’t understand why there isn’t bipartisan agreement that structural reforms are needed at the agency, which receives no taxpayer funding, but posts yearly losses in the billions of dollars.

Later, Democratic Rep. Katie Porter of California raised questions about postmaster’s knowledge about his own agency.

Republicans on the committee instead focused on the House’s rare weekend vote to increase funding to the postal service.

Notably, DeJoy stood firm on some recent changes, including the removal of some automatic sorting machines.

He insisted they were slated for removal before he took over months ago.

“Mr. Dejoy will you commit to reversing these changes?” Porter asked DeJoy.