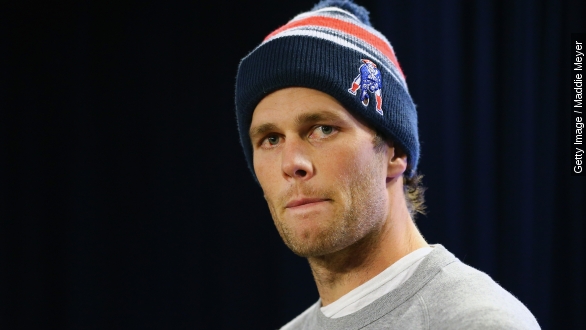 SMS
'Deflategate' Aftermath: Tom Brady Gets 4-Game Suspension
By Ben Lawson
By Ben Lawson
May 11, 2015
The NFL has doled out its punishment to Tom Brady and the New England Patriots over the "deflategate" scandal.
SHOW TRANSCRIPT

NFL Commissioner Roger Goodell has suspended Tom Brady for the first four games of upcoming season for his role in the "deflategate" scandal.

This comes as a surprise to pretty much no one. There has been plenty of speculation that Brady would be punished after an investigation ruled it was "more possible than not" that Brady knew game balls were deflated during a playoff game, making them easier to throw. (Video via MSNBC)

The Patriots franchise was also fined $1 million for its role in the ordeal.

Some had said head coach Bill Belichick should be punished as well, but the report that condemned Brady placed no blame on Belicheck.

Brady is expected to appeal his suspension and could see the suspension reduced.