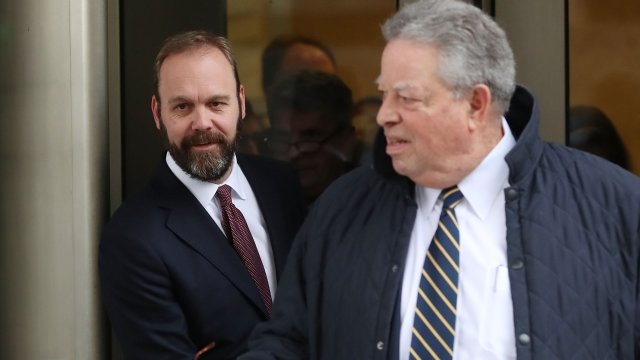 Gates was the only witness for the day, and much of the time was taken up by the prosecution. During questioning, Gates said Manafort falsely reported $1.5 million in Ukrainian income as a loan in order to reduce his tax bill. That lie led Manafort and his accountant to forge bank documents later saying the loan was forgiven.

The connection to the Trump campaign also came up for the first time Tuesday. Gates was part of President Donald Trump's transition team, and he testified that Manafort reached out to recommend a friend to be the secretary of the Army.

The defense started its cross-examination of Gates in the afternoon. Manafort's lawyers are trying to paint Gates as a liar, asking him why the jury should believe him when he's admitted to telling so many lies. Gates responded, "I'm here to tell the truth."

The defense will continue questioning Gates on Wednesday.