Defense Department To Review Deployment Of National Guard To Protests 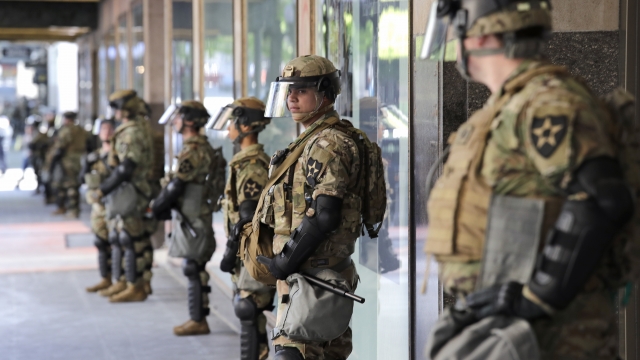 The National Guard was deployed to protests in over two dozen states and the District of Columbia.

The Defense Department will review the National Guard's role in responding to nationwide protests.

The National Guard was deployed in over two dozen states and the District of Columbia to support local law enforcement amid the ongoing protests.

On June 1, the National Guard helped break up demonstrations outside of the White House in Lafayette Park. Law enforcement used pepper balls, flash bombs and rubber bullets to disperse the largely peaceful protesters so President Donald Trump and other leaders could walk to a nearby church for a photo-op.

The New York Times reports some guardsmen felt conflicted about using those aggressive tactics to clear the protests.