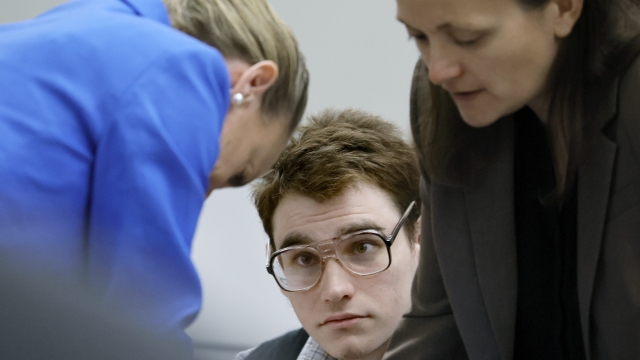 SMS
Defense Argues Parkland Gunman's 'Brain Is Broken'
By Haley Bull
By Haley Bull
August 22, 2022
The defense for the gunman who killed 17 students and injured 17 others at Marjory Stoneman Douglas High School argued he's a "damaged human being."

The defense team for the gunman in the Parkland, Florida school shooting is trying to convince a jury why he should live.

Now, a jury is considering whether he should receive the death penalty or life in prison without parole.

Jurors already have heard the harrowing facts of the case through the prosecution's arguments before the defense started with their opening statements Monday, when attorneys told jurors there was no defense for the gunman's crimes.

"Every one of you sitting here and in this courtroom knows there is one responsible for all that pain and all of that suffering," said defense attorney Melisa McNeill.

But attorneys told jurors they would share more about what shaped the gunman, saying his "brain is broken" and that he's a "damaged human being" in efforts to convince them to spare his life.

"For the last four and a half years, we have painstakingly dug into every part of Nikolas’ life: where he came from, who was around him, who raised him, who carried him in utero, who influenced his life, who shaped him, and what contributed to that horrible decision that he made on Feb. 14, 2018," McNeill said.

The defense team delved into the gunman's history, describing his birth mother's drug and alcohol abuse while pregnant in arguing fetal alcohol spectrum disorder. His older sister testified to the substance use.

The defense also described a troubled past of behavioral and emotional issues, his education and assessments, problems at home, firearms fascination and continued disturbing behavior.

"You’re going to hear that Nikolas has said a lot of really bad things," McNeill said. "The evidence will show you he draws a lot of bad things, and he continues to do that stuff over at the Broward County Main Jail."

The defense will continue trying to convince jurors their client should spend the rest of his life in prison rather than receive a death sentence, but jurors were exposed to horrific facts of the case during the prosecution’s argument, including a tour of the crime scene. That included seeing blood stains and videos of the shootings, hearing victim impact statements from loved ones of those murdered, and listening to testimony from survivors about how people tried to hide from the gunfire as they watched classmates get killed and injured — some of whom sat in the courtroom again Monday.

The defense indicated future witnesses may include friends of his adoptive mother and teachers.