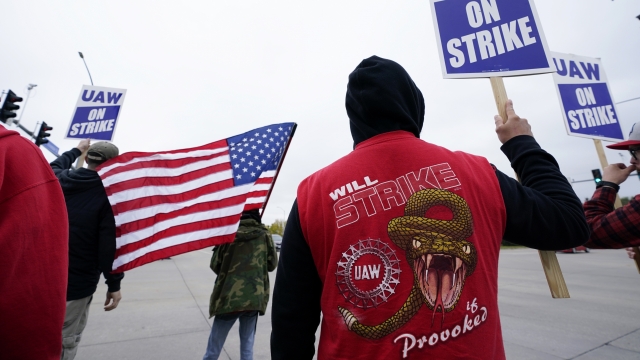 Deere executives said Wednesday that the company wouldn't return to the bargaining table with striking workers because it wouldn't offer a better contract than one they rejected that included immediate 10% raises. 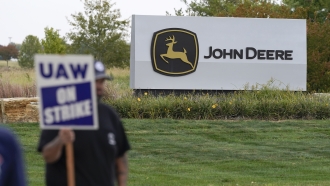 John Deere Workers Would Get Immediate 10% Raises Under New Offer

Marc Howze, the chief administrative officer of Deere & Co., said the deal the United Auto Workers union rejected on Tuesday represented the most it could offer and still keep its costs competitive.

Howze declined to discuss how much the ongoing strike is costing Deere, which will release its next earnings report later this month. The disputed contract would cover more than 10,000 Deere workers at 12 facilities in Iowa, Illinois and Kansas, who make the company’s iconic John Deere green tractors and other equipment.

The company plans to reach out to employees directly now to stress the virtues of its offer while it tries to keep its plants running with salaried employees and other workers to meet customer commitments. Other Deere plants globally are also working to pick up the slack.

In addition to the initial raises, this week’s offer included 5% raises in the third and fifth years of the six-year deal, and it would have provided an $8,500 ratification bonus, preserved a pension option for new employees, made workers eligible for health insurance sooner and maintained their no-premium health insurance coverage.

UAW spokesman Brian Rothenberg said union leaders were meeting to discuss their next moves. With a majority of workers voting against the latest offer, union officials face demands to deliver more but that might be difficult given the Moline, Illinois-based company’s stance. And pressure to reach a settlement will mount the longer workers go without pay.