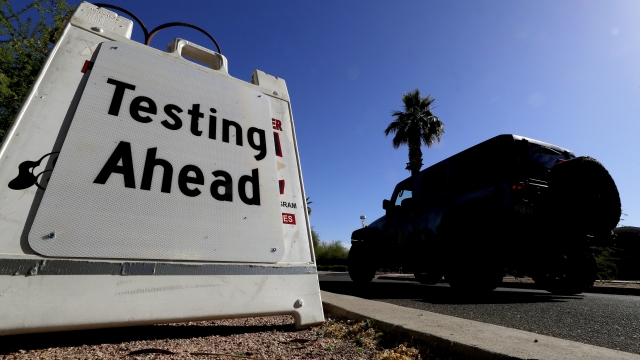 SMS
Declining COVID-19 Cases Only Reported In Two States
By Bailey Vogt
By Bailey Vogt
June 28, 2020
Connecticut and Rhode Island reported a decreasing number of reported cases while 36 states say they have seen increases and 12 are steady.
SHOW TRANSCRIPT

Only two states are reporting declines in coronavirus cases as multiple states pause efforts to reopen.

Connecticut and Rhode Island are the only states reporting a decrease in number of reported cases.  Meanwhile 36 states say they have seen increases while 12 states were statistically steady.

Overall, the U.S. broke a record in new COVID-19 cases reported in one day on Friday — with over 40,000. Another key number is the percent of people testing positive. That's on the rise, too... now at about 7.6 percent in the latest count from the CDC.

The situation has led governors to slow reopening efforts in Arizona, Florida, Texas, Washington and others. Many states are also reporting cases in young people are on the rise as well.

Overall, Johns Hopkins University is reporting the U.S. has had more than 2.5 million infections overall — leading to over 125,000 deaths.