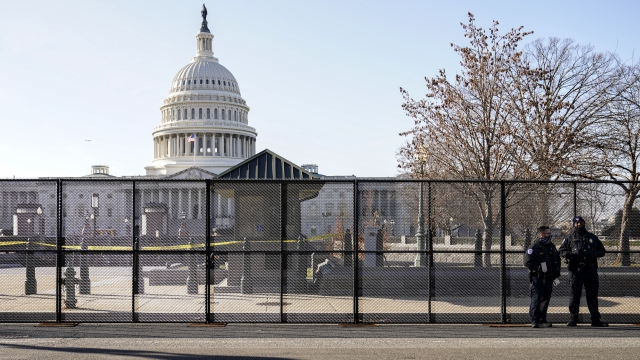 SMS
Decision To Charge Capitol Police Officer Pending
By Newsy Staff
By Newsy Staff
February 2, 2021
The Justice Department expects a decision on charges will come down in just a few days.
SHOW TRANSCRIPT

D.C. Metropolitan Police, the U.S. Attorney's Office in D.C. and civil rights prosecutors are in charge of the investigation into the shooting.

While a charging decision hasn't been made, the Justice Department expects it will come down in just a few days.

Ashli Babbitt was part of the mob trying to break into the Speaker's Lobby which is just outside the House chamber. She was shot and killed as the crowd pushed through the doorway.