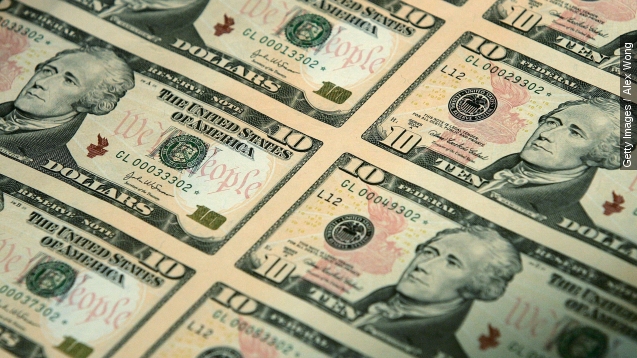 The Treasury Department is delaying the announcement of who will be on the redesigned $10 bill after receiving more public input than anticipated.

It looks like we’re going to have to wait awhile to find out which famous female will be on the new $10 bill.

Back in June, the Treasury Department announced it was going to put a woman on the $10 redesign and asked the public for input on what historical figure to choose.

Originally the choice was going to be announced by the end of this year, but that’s now been delayed until sometime in 2016. The reason? It seems there was too much input from the public.

A statement put out Friday by a senior Treasury advisor read, "As a result of the tremendous amount of engagement, we have many more ideas than we had originally anticipated."

There are a number of women who've been put forward as contenders to be the new face of the $10 bill, such as Rosa Parks, Eleanor Roosevelt, Harriet Tubman and Helen Keller.

The issue turned out to be pretty controversial. Many people want to see Andrew Jackson removed from the $20 bill, as opposed to founding father Alexander Hamilton on the $10.

The Treasury Department plans to unveil the new design in 2020 — the 100th anniversary of the 19th Amendment — and circulate it soon after.