Analysts Say It's Not A Bad Thing Unemployment Increased In December 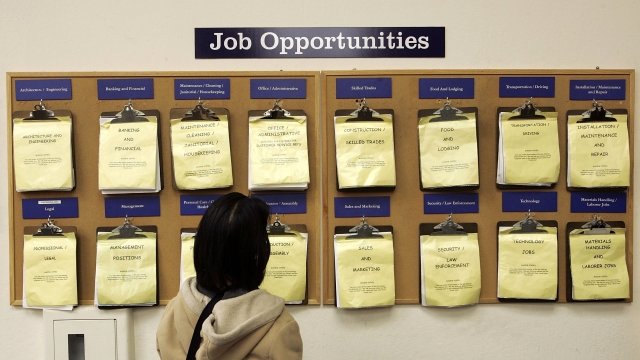 SMS
Analysts Say It's Not A Bad Thing Unemployment Increased In December
By Katherine Biek
By Katherine Biek
January 4, 2019
The jobless rate had reached a nearly 50-year low of 3.7 percent in November.
SHOW TRANSCRIPT

The nation's unemployment rate rose in December, but analysts say that isn't such a bad thing.

According to the Labor Department's latest analysis released Friday, the jobless rate rose to 3.9 percent. That rate had clocked in at a nearly 50-year low of 3.7 percent in November.

Multiple outlets are attributing the increase in unemployment to more people actively seeking a job — the report says roughly 419,000 people either began working or seeking employment in December.

One economist said some of those people might've been swayed to return to the work force because of higher wages — average hourly pay was up 3.2 percent compared with the same time the year before.

Moving beyond unemployment, the U.S. economy added 312,000 jobs in December, mostly in the health care, food services and construction industries. Bloomberg reports analysts had only been expecting about 181,000 jobs to be added.

December's figures bring the total number of jobs added in 2018 up to 2.6 million — which is more jobs than were added the year before.