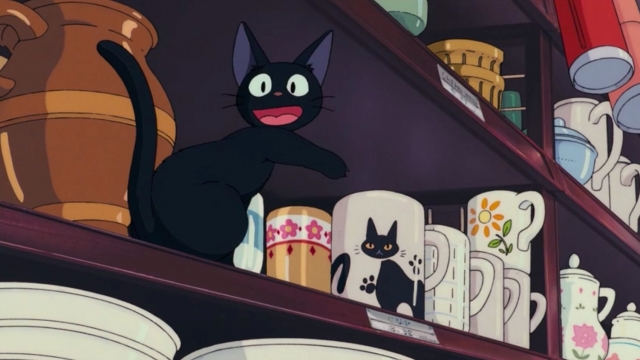 Black cats tend to stay in shelters longer than other felines — but that may be based on superstitions or misconceptions.

It's National Cat Day! And here at Newsy, we love these furry, mischievous little creatures.

We could spend hours talking about cats — and why not? They're purrrfect! But because Halloween is a couple days away, we're going to focus on one iconic, but misunderstood, demographic.

Dr. Mikel Delgado, cat behavior consultant and expert at Rover: "Cats, in the past, were associated with women and witchcraft. And there were a lot of negative things that happened around that. And so cats were kind of persecuted for a time — they kind of had their ups and downs as companion animals throughout their domestication period."

Black cats specifically are associated with superstitions of bad luck and associations with witchcraft or satanic rituals. Because of that, some shelters annually suspend the adoption of black cats during Halloween because of fears they'll be harmed.

It's a worry that perpetuates on social media every October from concerned cat lovers, but experts say there's very little evidence to support that. At the very least, there are worries black cats are adopted for Halloween costumes, but even then, it's hard to verify if that's happening at a significant level.

Animal welfare organizations like the ASPCA actually encourage the promotion of black cat adoptions on days like Halloween, Friday the 13th, or even Black Cat Appreciation Day, which is Aug. 17.

These promotions happen because various studies show that solid black cats tend to stay in shelters longer. Experts refer to this as the "black cat bias," because of the superstitions and perceptions that black cats aren't as friendly.

Delgado: "We still have an overpopulation problem, and we still need cats to be adopted at home. So I'm pro-helping smooth the flow of adoption and getting more cats into homes."