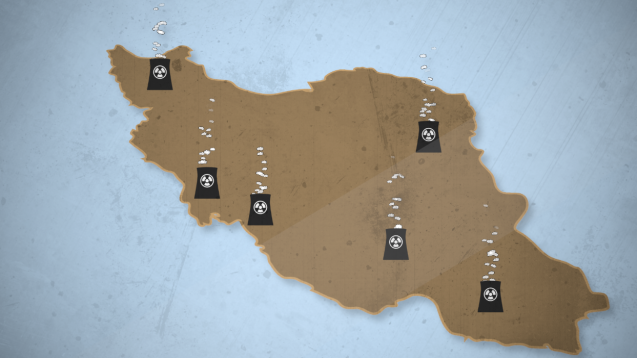 SMS
Debate Fact Check: Iran 'Self-Inspect' Claim Is Exaggerated
By Zach Toombs
By Zach Toombs
September 16, 2015
Not only does the "self-inspection" claim apply to only one site in Iran, it relies on a heavily corrected report from the Associated Press.
SHOW TRANSCRIPT

"This agreement trusts the Iranians to inspect themselves. That makes no sense whatsoever," Sen. Ted Cruz said as part of CNN's debate.

The claim that Iran will be allowed to inspect its own nuclear sites has become a staple of the campaign. But international inspectors will actually have daily access to all of Iran's nuclear sites. The spot in question is the Parchin military site — not a formal nuclear site, but one suspected of containing nuclear facilities.

This is the Parchin site. In August, the Associated Press reported a secret side deal would allow Iran to inspect this single site itself. That's what Cruz's claim is based on.

The AP later altered its story to say international inspectors would be shown photos and samples from the site.

Pushing back, international inspectors say Parchin will receive inspection that meets their standards. Though because the Obama administration has not made all parts of its deal with Iran public, we don't know for sure.