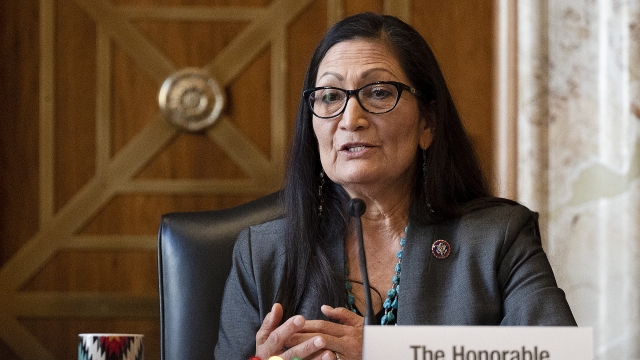 History has been made. The Senate confirmed Rep. Deb Haaland of New Mexico as Interior Secretary.

She's the first Native American to lead a cabinet agency. Haaland was confirmed 51-40, which is the slimmest margin so far for President Biden's cabinet nominees. Haaland will lead a department that makes decisions affecting nearly 500 federally recognized tribes.

"The confirmation of Deb Haaland is amazing," said Senate Majority Leader Chuck Schumer. "It's a huge step forward and now it creates a government that more embodies the full richness and diversity of this country."