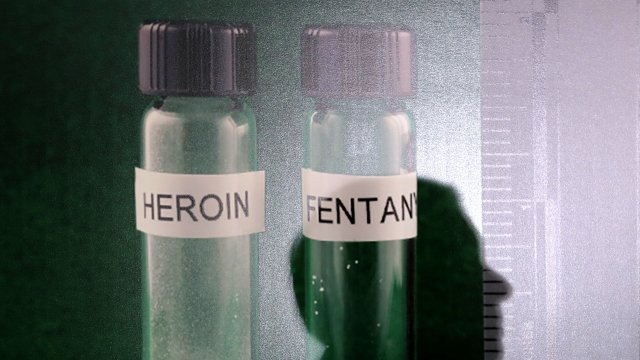 SMS
Deaths From Synthetic Opioids Like Fentanyl Spiked Again
By Ethan Weston
By Ethan Weston
December 22, 2018
Another CDC report from earlier in December found that in 2016 fentanyl surpassed heroin as the most deadly drug used in the U.S.
SHOW TRANSCRIPT

Deaths from synthetic opioids like fentanyl rose by 45 percent from 2016 to 2017, according to a new report by the CDC.

And the CDC says the biggest reason for the jump in opioid deaths since 2013 has been illegally manufactured fentanyl.

Another recent CDC report found that in 2016, fentanyl surpassed heroin as the most deadly drug used in the U.S.

The report also suggests that the overdose rate may have slowed down in 2018 — but the CDC won't know until a full analysis is done.