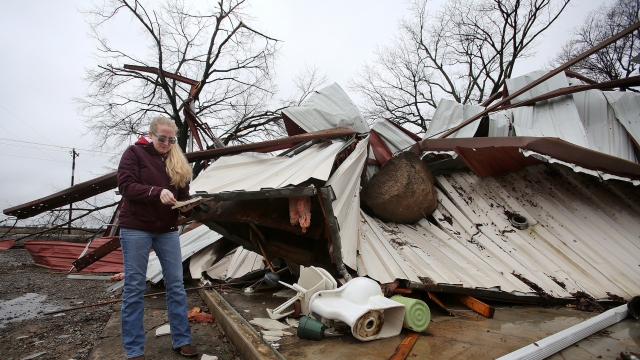 Severe storms hit large swaths of the Midwest and southern U.S. on Saturday, leaving multiple dead and more than 20 million under flood watch.

As of Sunday afternoon, the storm system has reportedly caused at least 11 deaths: three in Louisiana, three in Alabama, four in Texas and one in Oklahoma.

The Midwest was hit with snow, sleet, ice and freezing rain, causing more than 1,000 canceled flights in major cities such as Chicago.

While the Midwest was hit with heavy winter weather, the South dealt with severe flooding and strong winds. Tornadoes were reported in Kentucky, Arkansas and Alabama, while more than 350,000 businesses and homes were left without power across 10 states.

The effects of the storm led Arkansas Gov. Asa Hutchinson to declare a state of emergency in order to assist crews working to restore power across the state.