Death Toll Rises As Michael Moves Along US Coast 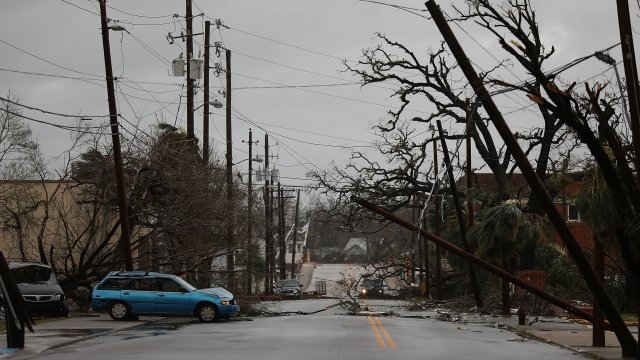 SMS
Death Toll Rises As Michael Moves Along US Coast

Michael, which decreased to a tropical storm overnight, is continuing to weaken as it moves along the southeast U.S. coast.

There have been at least six reported deaths in the U.S. since Michael made landfall along the Florida Panhandle Wednesday afternoon as a Category 4 hurricane.

At the time, its maximum sustained wind speeds were measuring around 155 mph, making it the strongest hurricane on record to directly hit that part of The Sunshine State. Michael was also the most powerful storm to make landfall in the continental U.S. since 1992's Hurricane Andrew.

As of Thursday night, more than one million customers across six states lacked electricity, and officials say some regions could be without power for the coming days.

President Donald Trump told reporters he will most likely visit Florida on Sunday or Monday to meet with local officials and survey damage from the storm.

Prior to making landfall in the U.S., flooding from Michael had already led to at least 13 deaths in Nicaragua, Honduras and El Salvador.