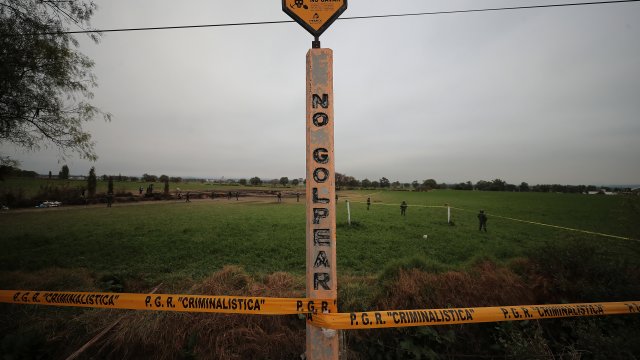 The death toll following a gas pipeline explosion in central Mexico on Friday continues to rise.

Reports at the scene say many of the victims were severely burned. Health officials are taking DNA samples from relatives in hopes of identifying the dead.

The pipeline was only recently reopened after Petroleos Mexicanos, a state-owned oil company, closed it following multiple breaches.

Mexico's president has been fighting fuel theft, a practice that reportedly steals $3 billion from the country's economy annually. In recent months he's shut off some pipelines and ordered military and police personnel to guard others. The closures have contributed to an ongoing fuel shortage in Mexico.

The explosion happened after an illegal fuel tap left the pipeline bursting with gasoline. Hundreds of residents reportedly went to the site to collect free gas before it ignited, sending flames into the air and into the crowd.