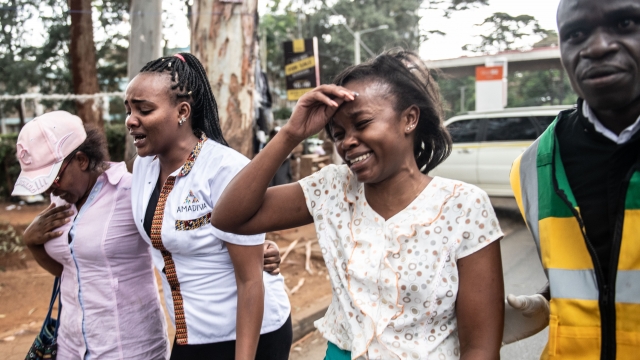 The death toll in the attack of a luxury hotel complex in Kenya has risen to at least 21 people, including five militants, according to Kenyan President Uhuru Kenyatta.

The president declared the attack over Wednesday morning. He told reporters that more than 700 people were evacuated. Jason Spindler, an American in Kenya for business, was among those killed in the attack.

On Tuesday, police said an explosion went off in a parking lot of the complex in the capital city of Nairobi, followed by a suicide bomber in the hotel lobby. Police said there was also heavy gunfire, leaving many people trapped in the complex for hours.

Al-Shabaab — a terrorist organization linked to al-Qaeda — has claimed responsibility for the attack saying it was in response to President Donald Trump's 2017 decision to recognize Jerusalem as the capital of Israel.

It's unclear how many people were injured, but local hospitals have urged residents to donate blood.