Death Toll From The Coronavirus Rises To 6 In The U.S. 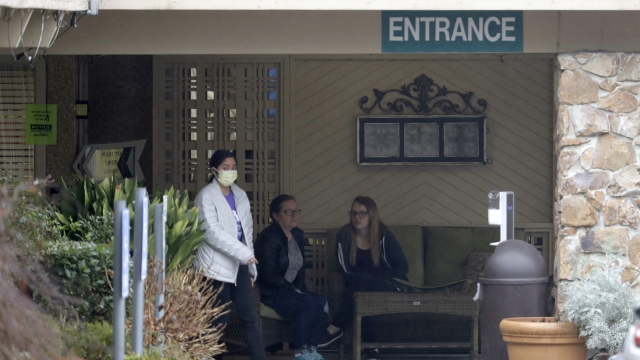 SMS
Death Toll From The Coronavirus Rises To 6 In The U.S.
By Katherine Biek
By Katherine Biek
March 3, 2020
All six lived in Washington state. Health officials now believe the coronavirus may have been spreading undetected in the area for weeks.
SHOW TRANSCRIPT

The director-general of the World Health Organization warned the world is in "uncharted territory" when it comes to the coronavirus outbreak. But he stressed that while there is no "one-size fits all approach" to containing the virus, it is feasible for countries to do so.

His comments come as the number of confirmed cases of the virus increased to more than 91,000 worldwide. At least 3,116 people have died.

Six of those deaths have occurred in the U.S. All six lived in Washington state, so health officials there now believe the coronavirus may have been spreading undetected in the area for weeks.

Washington Gov. Jay Inslee has declared a state of emergency over the virus. He announced Monday that the state is expanding its testing capabilities.

"We established early in this event our ability at our state lab and right now we've ramped that up. They can do about 200 tests a day. And we will increase that because we've ordered some new equipment," Inslee said.

The FDA says as many as one million Americans could be tested for the coronavirus by the end of the week. Because of this, officials are anticipating the number of confirmed cases to go up. So far, more than 100 Americans have been diagnosed with the coronavirus.